King of the Southern Diamond

Love, God, Baseball, Family, and Adventure…
King of the Southern Diamond
touches all the bases. 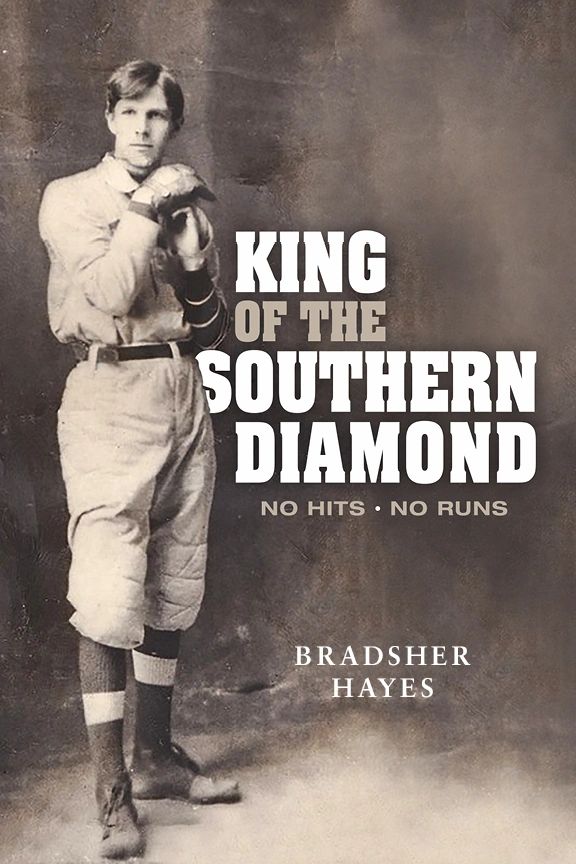 The author, Bradsher Hayes is a Southern Gentleman and Writer that has s deep love for the game of baseball. He is a foremost of Southern college baseball at the turn of the twentieth century after years of study and research. The basis for this non-fiction work is three hundred and fifty newspaper articles, diaries, family letters and documents from the Duke University library and archives. He knows baseball and is well paired to the game from playing time, being a spectator for sixty years and coaching. He played on two state championship baseball teams at Westminster in Atlanta, played college ball at the University of North Carolina, and coached youth programs for ten years. The Author has two children Bo and Jenny. His first grandchild, Lillian Pearl, was born in September of 2019.

About "King of the Southern Diamond

Arthur Bradsher was nicknamed the King of the Southern Diamond by the legendary John Heisman after he started the 1904 season hurling twenty-five consecutive no-hit innings.

The Trinity College “strikeout king” captured the hearts of the Southern fans and newspaper reporters after he pitched three shutouts in eight days in April 1902, striking out forty-five batters and allowing a total of three hits. This phenomenal performance has never been matched.

The creative non-fiction work depicts much more than the exciting escapades on the ball field. It is a tender love story between Trinity college sweethearts Arthur Bradsher and Lizzie Muse.

In 1905, the pros offered Bradsher $10,000, the highest proposed contract for a college player at the turn of the century. Would it be Lizzie or baseball? Would he pitch for Boston and lose Lizzie? Or would he decide on a life of love and family?

King of the Southern Diamond came from the desire of a grandson to know his grandfather that he never met.

Love, God, baseball, family, and adventure… King of the Southern Diamond touches all the bases.

People are Talking about Arthur Bradsher

If any had told me before the game started that any college player in the space of one game strike out sixteen of my men I would have called him a fool, for I fancy that I can teach men to hit, if nothing else.

Yet this North Carolina wonder, Arthur Bradsher, did the very thing that I believed impossible for this reason, knowing of the batting strength of my team, I must pay tribute to his skill. He is undoubtedly the most finished college twirler I have seen in my years of coaching in Dixie. I believe that he is more than ready for big league company and could hold his own with ease.

It is such players that Trinity has on her team which lends countenance to baseball. Their pitcher, Mr. Bradsher, during his career at Trinity has made a reputation throughout the south as a college pitcher, both in his ability as a ball player and a gentleman of rare qualifications. No man can bring an unfair charge against him of doing an unfair act on the diamond. Despite the fact, he is one of the best pitchers Wake Forest has ever had to encounter during the last four years, it regrets to see him leave. May he make the success in life that he did on the diamond.

Easily the name that shines clearest and brightest in this array of exceptional talent is that of Bradsher. This young man is beyond all questioning the most prominent player of the season. With most extraordinary ability as pitcher, he combines the advantages of being a good batter and base runner.

Add to these a sunny disposition, a firm determination and words of endurance and you understand why he has been able to place himself head and shoulders above all other pitchers of the year. And I would have him captain of my team. He has the bearing of a gentleman, the forbearance of a true sportsman, and the ideal temperament of the fighting athlete, ever determined, never dismayed, always strong with a persistent smile to help out. As a captain, he would be a credit and ornament to any team.

We love our friends and customers! We respect feedback and critique and feel it is  extremely important for our improvement and serving our clients better.

King of the Southern Diamond...Bradsher Hayes

Copyright © 2018 King of the Southern Diamond - All Rights Reserved.